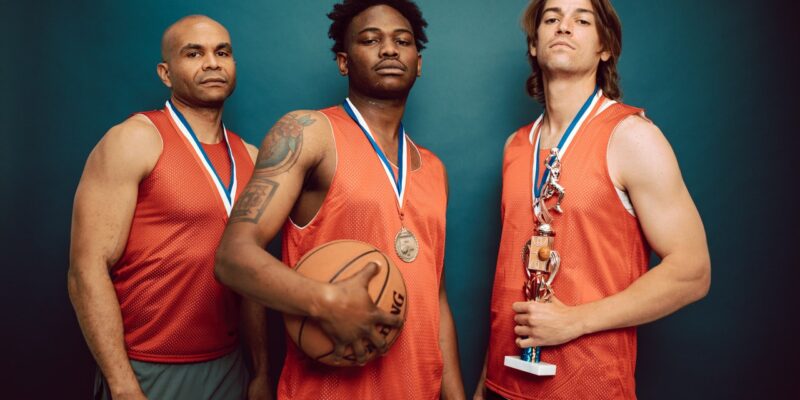 The start of the sports season is approaching—sports players hon their talents, drills, and techniques hard at work. Coaches work to improve the spirit of teamwork and promote the confidence of team players. However, words only are insufficient to kick-start a better sporting performance. Sports rewards are essential in stimulating intrinsic drives to win the game and real sportsmanship. Here are the top award and trophy ideas for the sports team;

Teams and coaches attempt to motivate sportspeople who are always focused on improving their weaknesses and lack of skills via hard effort. If a team’s data is available and an award is given to the player who has improved the most, it can inspire others to reflect on their ability and improve it.

Defense, as the old saying goes, wins championships. Defense is generally tied to energy, so encouraging the defender is crucial. Players who are new to the game and are not particularly skillful can participate straight away by attempting to keep others from scoring.

Teams who work together on defensive systems will be able to shut out other opponents to the point when the tide swings, giving you more chances to score. Consider the numbers for this honor and those players that affect the game by making major defensive plays. Pay special attention to guys who can cause turnovers.

The Most Valuable Player

The award is self-evident. When you have a standout player who has gone far and beyond on the sports field, it’s vital to recognize their efforts and successes. The most valuable player award is likely the most coveted, and it should go to your team’s most outstanding player all-around.

Investigate professional sports to see how they select MVP prospects and use that information to guide your choice. Make sure you evaluate the qualitative factors that create them as the guiding factor behind the team’s performance and the data. Consider what the title means.

Passion is a vital part of a sports team that motivates them to adopt the right mentality and spirit to excel. You can give a team spirit award to team members who have instilled morale via their commitment. Spot a player by watching how the candidate supports and cheers their colleagues.

On the team, everybody plays a part. Success entails more than just having promising talents. When you have managers on your team, you can fine-tune the team’s direction and support everyone. Consider more than simply what happens on the field regarding leadership.

For this award, consider players who encourage others to work hard outside of structured practices and provide 100 percent every day in training. Leaders guide from the front, so make sure their actions are evident rather than just talking.

Reward players that give back to their communities and strive to improve outside of the game. Custom trophies are available for players who achieve this by devoting their time and effort and supporting causes. Encourage your players to become responsible people and teach them valuable lessons that will last far longer than when you coach them.

Coach of The Season

A sports team’s coach is a core part that influences the team’s destiny by installing expertise, exercises, and spirit-like characteristics. It means you may get the most out of it if you urge the coach to give it his all and make the necessary efforts to improve team productivity.

Why Awards and Trophies Are Important

Participation trophies and awards give players a great sense of confidence. While it is correct that there can only be a single winner in sports, only recognizing the champion can impact the competitors who do not win.

Everyone gives it their all to make the contest a success. For many, being a participant in the game for the first time is an achievement. As a result, recognizing everyone engaged in sports can help raise athletes’ confidence and provide them prospects for better success. In addition, it teaches athletes that winning is giving your best effort.

Giving awards and trophies commemorates sports fun, not recognizing wins and defeats. You appreciate those players who come to practice every day, willing to put in long hours to achieve the best.

Ethan More
Hello , I am college Student and part time blogger . I think blogging and social media is good away to take Knowledge